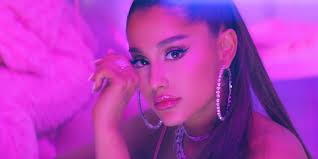 7 Rings is the third single off of Ariana Grande’s forthcoming album, “Thank U, Next”. The album is set to release this Friday, February 8th. The single was released by Grande’s record label on January 18th, 2019. It was accompanied by a music video on the same day. Ariana explained on her Twitter account that the idea for the song came from an impromptu dinner party with her six best friends in which she bought a diamond ring for each person and herself, seven rings. Immediately after buying the rings she wrote the song with the same friends she gifted. Kaydence, Njomza Vitia, Tayla Parx, and Victoria Monet are some of Ariana’s best friends that she sings about on the track. These ladies all have writing credits on the single, along with Ariana herself.

The song starts out with an interpolation of the song “My Favorite Things” from the musical “The Sound of Music” originally sung by actress Julie Andrews. On the track, Grande discuss “how global success has allowed her to enjoy the finer things” (1). Grande described the song as a “friendship anthem” that “evolves” from the previous single “Thank U, Next” while embracing a new chapter in life. She opens up about how her break-up with Pete Davidson led her to “treating her friends instead”. (2)

A visual accompanying the song was released along with the song the same night. The music video, directed by Hannah Lux Davis, features a pink-colored theme while Grande and her friends party in a mansion while sporting their diamond rings

Billboard magazine noted it’s “the most hip-hop-leaning song Grande has released in the post-Sweetener era yet, with Grande almost rapping the song’s verses”.(3) This song shares a similar cadence with other songs by the artists Soulja Boy, Princess Nokia, and 2 Chainz. The choruses are so similar that the singer was accused of biting off the other artists’ flows. Princess Nokia publically accused Grande of plagiarizing her song “Mine” in a video posted on her social media pages, but later deleted the post after Grande released a remix of the song featuring 2 Chainz.