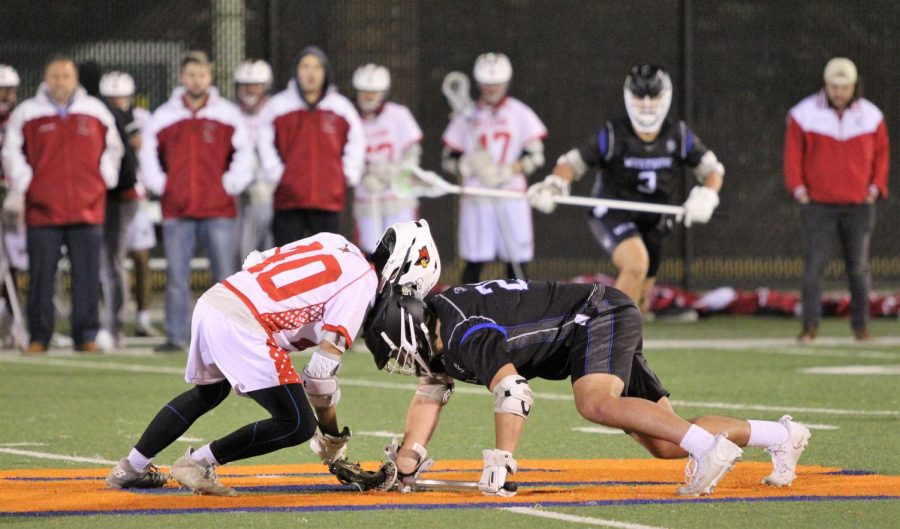 Senior Briac Jones faces off against Bellaire during an early season game held at Husky Stadium. Westide won with a score of 12 - 9

Westside Lacrosse is going into its second half of the season and district games, starting with Concordia-Lutheran this Friday March 25, 5:00pm at Westside.

After coming off an impressive fall training season, going undefeated at the West Houston Fall Festival against Atascocita, Concordia-Lutheran, Lamar, and Seven Lakes, the Wolves go into the second half of the season an even .500 (4-4). With wins over Lamar (11-7), Bellaire (12-9), Houston Christian (3-1), and St. Thomas (12-3), Westside has suffered close losses, including a two goal loss to George Ranch (8-10), a one goal loss to Clear Springs (7-6), and a runaway to Cy Woods (4-11), despite an electric full field clear by defenseman Andrew Jordan (‘23) followed by a one-on-one goalie stuff by Juju Martinez (‘23) in the third quarter to keep the Wolves trailing by two.

The Wolves defense has been led by seniors Zane Lassberg (‘22, Colorado State University-Pueblo) in the goal with an impressive 53% save percentage and Capt. Calvin Matlock (‘22, Lees-McRae College commit) (6ct), Josh Wohlfarht (‘23) (5ct), and Andrew Jordan (‘23) (3ct) in the field.

Briac Jones has earned an unprecedented 81% faceoff wins midway through the season.

This Friday, Westside begins its district games, opening against Concordia-Lutheran 5:00pm on the Westside football field. 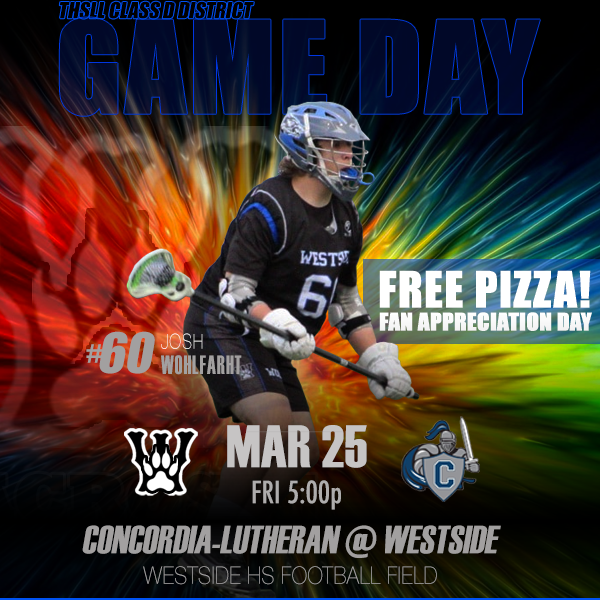