Aspiring musicians practice at school because "We don't have a garage" 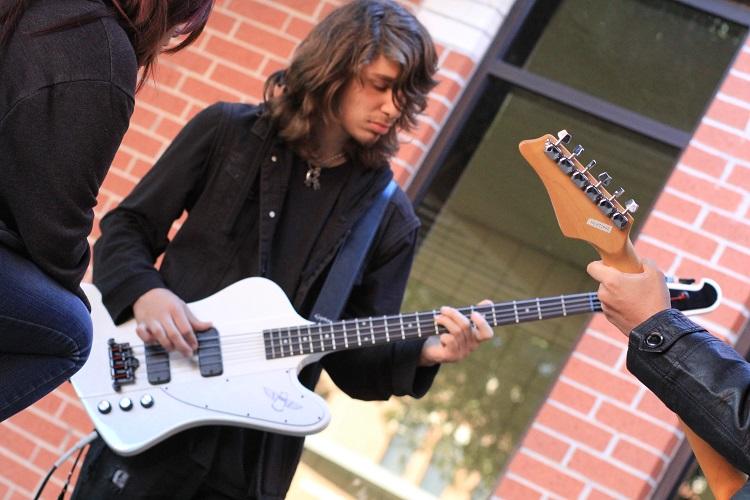 Thursday is the day every Westside student loves, because we have late start and because it’s almost the end of the week. It is also Sam Cunningham and Axel Zuniga’s favorite day because it’s when they get to bring their amps and their bass or guitar to play music together for their new band. Sam and Axel practice during their free time on Thursdays including before school, during lunch, and after school.

Sam and Axel are forming an alternative band with different aspects of rock mixed in. Their band is currently made up of only  a bassist and a guitarist, and they are looking for a singer, a drummer and possibly a second guitarist. The two of them are also still trying to figure out a rocking name for their band. Sam, the bassist, is also a poet, so he will be turning parts of his lovely poems into lyrics to create songs for the band. Their musical influences include Black Veil Brides, Five Finger Death Punch, and My Chemical Romance.