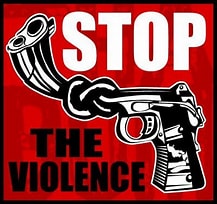 For over 20 years, gun violence has plagued in U.S schools. In the article, “10 years: 180 school shootings 356 victims”, it states, “Since 2009, at least 177 of America’s schools experienced shootings, We examined 10 years of shootings on K -12 campuses and found two sobering : school shootings are increasing , and no type of community is spread.” Gun violence has made a huge impact on whether or not students feel safe going to school.  Parents feel more comfortable and safer  having  their children attend homeschooling, rather than being in a public school.  Not only are the parents traumatized but the children are scared as well. They were the victims they witnessed that horrifying nightmare right before their eyes.

Gun safety is to help prevent any dangerous activity on school campuses. We can prevent gun violence in schools by making sure that people don’t get a hold of guns in their hands without a license.  Most school shootings were due to kids having access to a gun illegally. Kids should feel comfortable about talking to their peers about ways to prevent gun violence in schools.  Some schools have added metal detectors in the school buildings to make sure there isn’t any danger  brought to harm others. There  are security guards in all perimeters on school grounds whether you are eating lunch outside with friends or inside the cafeteria they are near the door areas and exits.

In conclusion, gun safety prevents guns from getting into the wrong hands.  For example, if a student overheard another student say anything about a gun their first instinct should be to tell an adult, teacher or  parent immediately.  There should be more conversations about gun violence in schools. Of more ways to prevent it from happening in the first place. It is also important for parents to teach their children about gun safety, so that one day they can can help prevent gun violence in their schools.